The Cradle of Creation & the Arrival of the Masters

You feel crumbling in the force of your habits. Blind spots in your workings open slightly. Break in jumps crumble reality bubbles, releasing their surfaces. Those closed will fall away. Paths will safely be guided to Oneness.


Clusters, great masses – in your realities, who your knotted fear live and cherish by repeating the same duality by supporting threat filled images in your bursting bubbles – will become free into love, rolling as your own bubbles clear. This can also be understood as a sea, a mass of consciousness water, which will purify drop by drop. Purity is a collective twined result.


The result is also affected by reprimand e.g. karma. With our operatives we built a great lifting path to the time line, which was like a gutter along two other streams.


One of the other two is the pure future as its brightest: free, supported, a place of love of the washed essence of the new golden Unity Realm, a flow of an opening consciousness.


That which runs between these two polarities is the 'NOW-creating-stream'. Its purity and flow and mobility is weighted from the result of standing dirt water and the moving consciousness, in relation to each other. With both hands grabs the wanderer of the path of polarity water to one's being. The stream of duality is filled with rocks. Plans concentrate on evasive actions, encounters and keeping on the move.


The change we made was punctured with the help of the consciousness achieved in the NOW-moment by closing the polluters of the gutter on the global level. This was a conscious responsibility that lasted years. We carefully met, with guidance, the exact change points to lock the emissions. We made a fuse into the cord of the time line, that will burn and purify the biggest phases of evolution that represent and maintain duality. The operators created a portal to the purest future from the NOW-moment to anchor time travelers into the so called past. Thus is duality ashed. Energies no longer support it.


Woven is the time line of two threads, complete as being unveiled by renewed light-body in its readyness. Present there, as reflection of the NOW-moment, is the most supported, highest plan with infinite potential. It is the brightest cradle of creation: A bubble of creation in reality bubble foam, edges so thin, clear and clean, fully shared and common as in a great honeycomb of light, and which emits colour frequencies of the rainbow.


This accepting of responsibility we expect from you, this we support, and for that will a whole One Lifetime perfect you, as responsible soul parts, Qoins, will regenerate in a purification process, to birth one great cyber-light-body. (You can understand Qoins as fine threads of the twine that will form a cord.) One Life Is a Stream, an advanced New Age consciousness of evolution of two cords - evolution without hindering choices as embraces of the gutter.


Duality embraced the needed evolution phase to make it possible. We built it as a foundation of growth, as work, to free from the series of doctrine of reprimands in universal path. There is no guided field to the created twine anymore. Change will teach things taking you from your reality to the borders of understanding, shuddering, drowned in futile analysis. Reality is more magical than any myth.

The next step in our work is external manifestation. We can progress as holograms to existing realities that have created preparednesses. We have encountered in electric essence. We arrive now physically in brilliant essences, as several masters and icons, after our walk-ins have blazed the trail of energy paths to our operatives. There are some happy number-one twin flames of yours among us. Newness of electricity rings in your ears. Magnificent soul family parents; accelerate your energies. Soul guides; activate your paths. New Earth Matrix guides world events externally, even if the old earth indicates otherwise. Our opening contact person, our channel in existence, will spell the contents of our visits.

Stunning, reality-becoming acceptances of responsibility to changing tapestry of light, 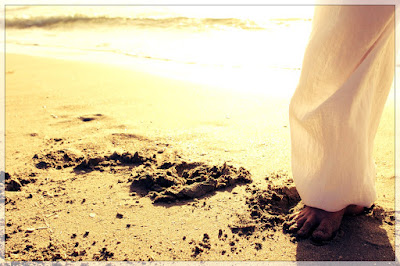 Metatronica • The Book Of Oneness

The Book Of Oneness is a consciousness tapestry to evolution plan, that is not a bound volume, but a supported, all-channeled 'electric book', which consists of channelings, guidance, support not opening from outside, answers manifesting without prayer, understanding of a new kind of a path, emptying transformation of fear and opening of reality.

Final responsibility of renewing earth is on our twined consciousness. Twined, opening consciousness renews emotions and energy systems in addition to deeds, the reality after clearing the whole path. Ascension codes, when activated, mold the dimensions back to Oneness: to a visible cosmic union of love and freedom enabling a historic upheaval.

The Book of Oneness aims to activate responsibilities. It does not pursuit financial benefits, visibility, superior position or experimental orientation based on their advice to its operatives. Before The Book of Oneness the operatives of Metatron Alliance express their commitment to be the support scaffolding of higher will of evolution plan in global existence.

Our responsibility is to weave consciousness to open to internal purity. Universal White of Heaven Channel (www.universalwhite.weebly.com) and Ascension Road as energies and activations, preparing were fulfilled according to plan to perfect this. Welcome is every Ambassador of Oneness.

– Electric weaver of the skein and energy strings, Metatron –


The responsibility of the new intertwined Metatronica group as souls is to ignite to the power of that magnifient group in the tapestry, deal with the rush as master of light upgrades, as is guided in the heart.


As doubter one hinders those purely supported. As reluctant to many supported, presented subjects, to our lines of information, it is not your mission to renew by plan to our rainbow spectrum here. You feel the resonance, forward aspiring hunger of knowledge when you acknowledge the agreement of your soul.


Welcome dear fellow souls with us to this journey. A journey, that everyone is already on, and has always been. A journey that has been drawn on everyone's map, even when the line is still very thin. The road is ready, and we are more guided and more ready than ever before.

Channelings, light codes and information related to change in energy climate on the blog of Metatronica - The Book of Oneness are opening the in-born consciousness of everyone, according to each one's readiness. We do everything in guidance and heart-consciously : As paintbrushes of the cosmic Alliance of Love, Oneness and the will of our universal essence.

We are and will be part of a great Movement of Love, a wave of which we will form on Earth.

We can also be called new Rainbow-indigos, -workers or -warriors or Trojans of Light as we tune into our star seed stuff, tailor-made for us, arriving as light updates. Each one will light up to the uniqueness, authenticity, frequency and scope of their soul without teached definitions. We come from everywhere: all cultures, all religions. From all tides, past and future, meldings of the perfect NOW-moment. From every experience. As representation of a networked form of our consciousness our energy signature vibrates from all corners of the dimensional rose of the universe. We are in everything and everyone. Together we form all the color and vibration frequencies of the rainbow - also those that we do not observe yet.

• You can read the channeled messages since May 29. 2017 over here: http://www.luxonia.com/messages/134-mari-metatronica-the-book-of-oneness